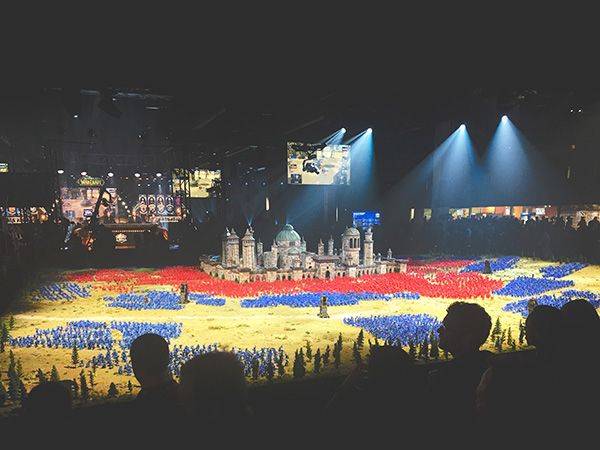 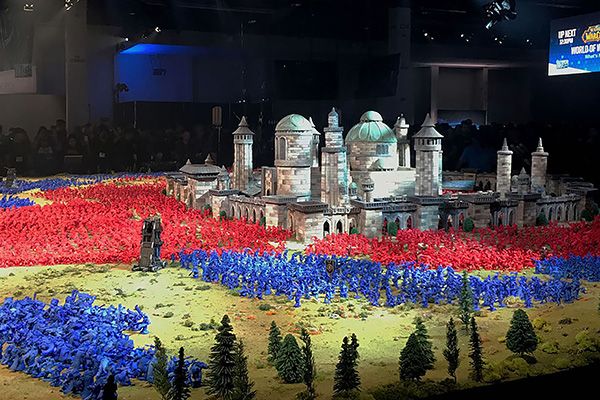 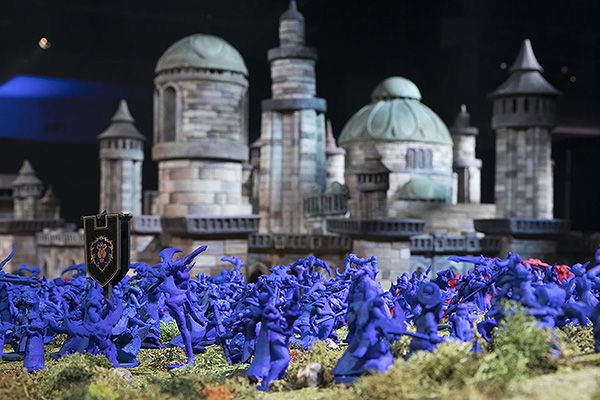 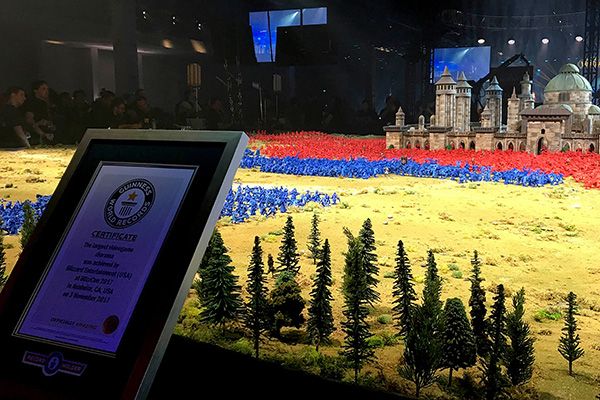 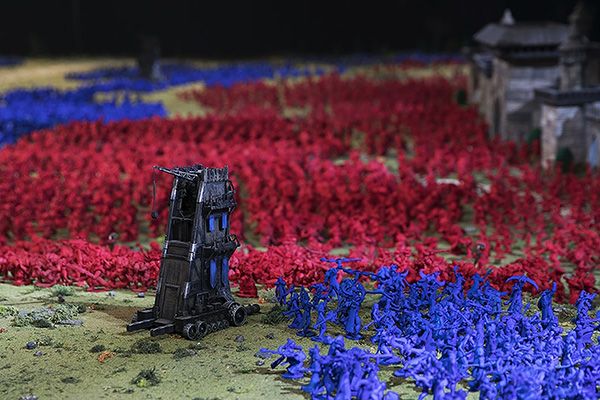 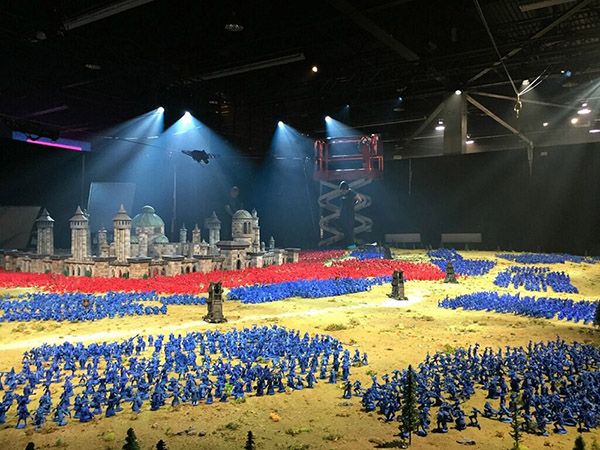 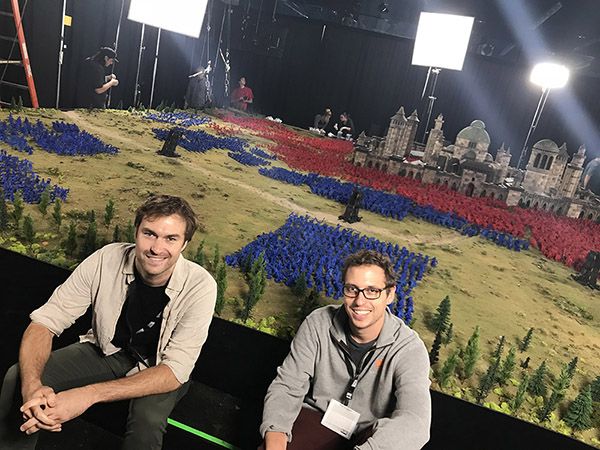 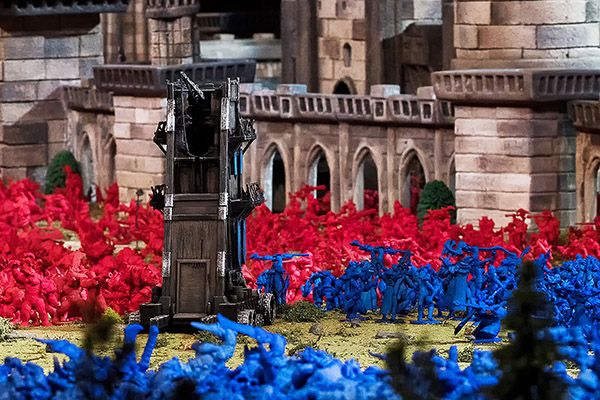 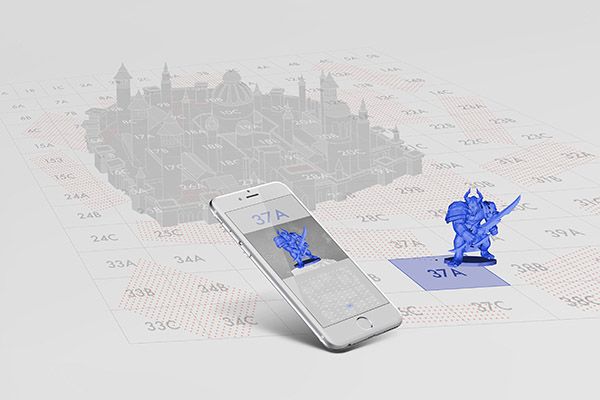 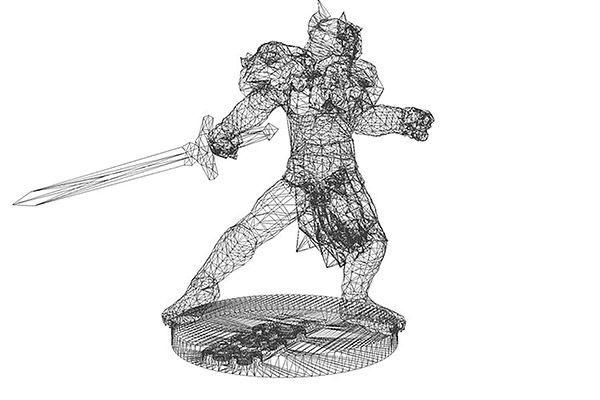 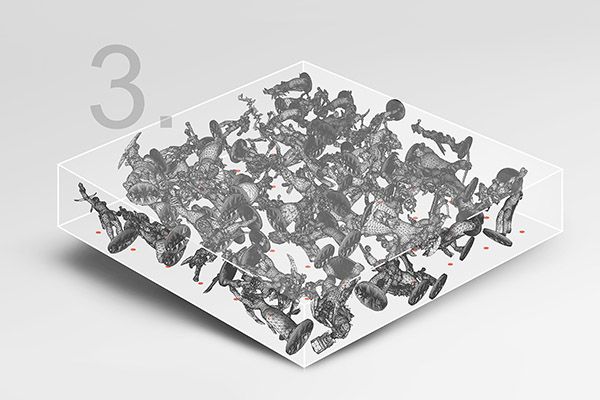 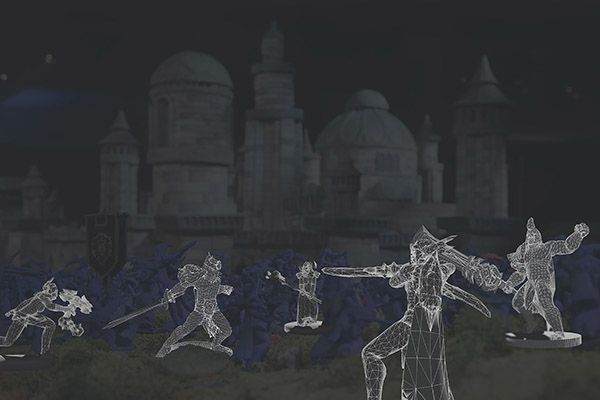 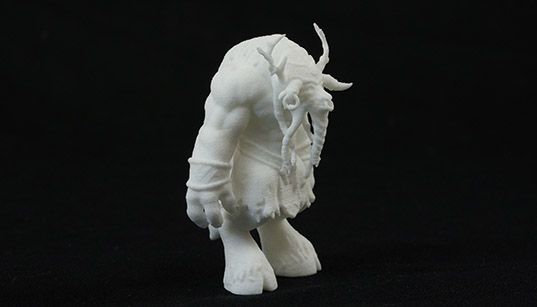 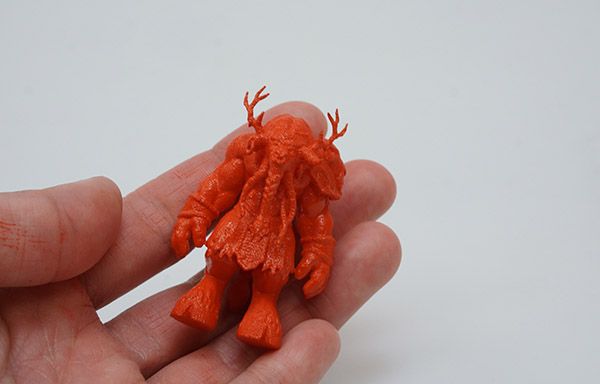 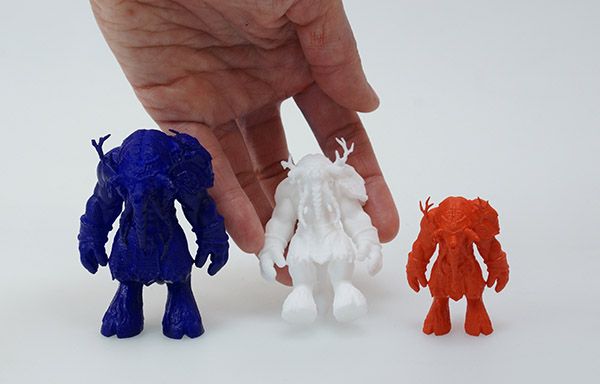 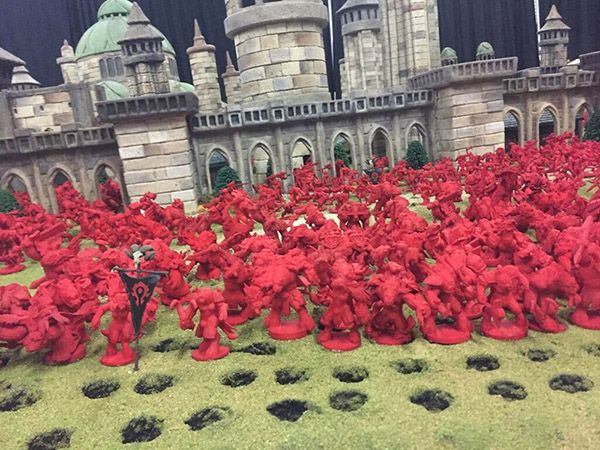 Blizzard Entertainment is famous for its annual BlizzCon events, where tens of thousands of fans gather for a three-day tribute to all that is Blizzard, and to hear the company's major announcements for the upcoming year.

The World of Warcraft group wanted to do a massive battle scene in which each figurine was a specific attendee's actual in-game player character. By devising a novel workflow and staffing up to meet the ambitious deadline, we were able to produce 10,000 unique 3D model files and corresponding unique 3D printed figurines within just three weeks. No two figurines were alike.

A novel automation workflow was created to retrieve 3D character information from Blizzard's game servers, based on each player's username. With a staff of a dozen designers working in shifts, 10,000 unique 3D model files were created.

Figurines were 3D printed around the clock for two weeks in large batches, in white SLS Nylon material.

Each figurine was colored to match either Horde Red or Alliance Blue.

Durable and versatile nylon plastic can be used in both prototyping and end-use products. Nylon parts are 3D Printed using a process known as Selective Laser Sintering (SLS), which produces items with a higher tensile strength compared to SLA Resin. Thinner parts can bend and flex without shattering. Thick parts are very strong.

Browse through hundreds of examples of our 3D printing, 3D design, and custom fabricated builds.

From concept, to creation.